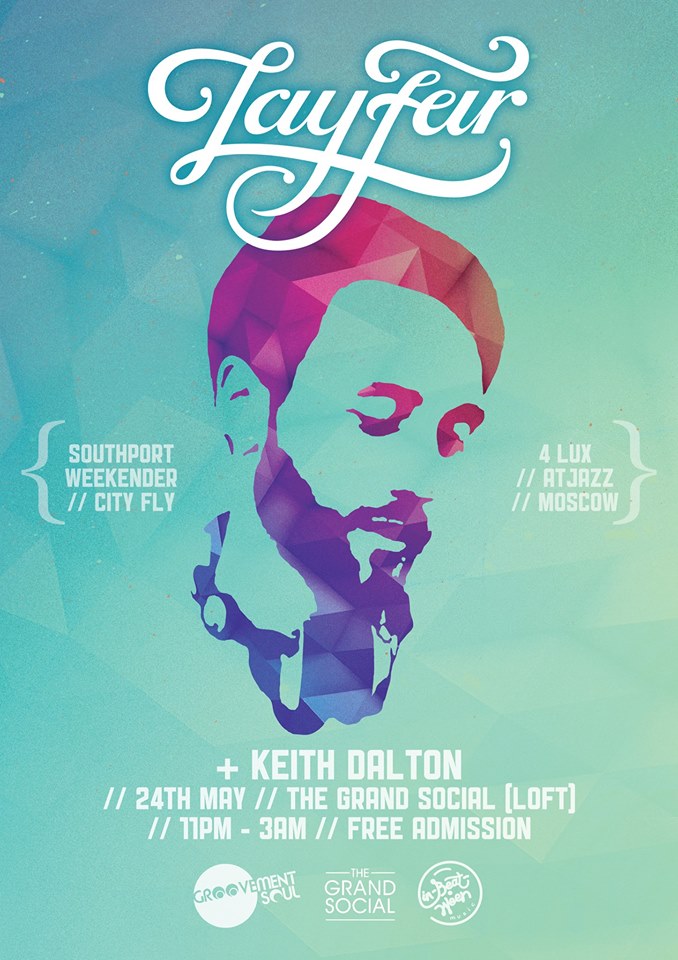 We are very excited to announce we’ll be hosting Lay-Far’s Dublin Debut on the 24th May.

Keep this night free, you don’t wanna miss this man’s DJ skills. Hailing from Moscow, Lay-Far is producing some of the most exciting music around at the moment, bar none.

Lay-Far is a DJ / producer, based in Moscow and host of “In-Beat-Ween Sessions” podcast.
He has been producing and releasing a steady flow of top notch beat driven dance floor bombs for a few years now and with the release of “So Many Ways”, his first album in November 2013 registering on so may influential radars, he has hit the road and has guested at many clubs across Europe in 2014 and many more already lined up.

We were lucky enough to host a Lay-Far DJ mix on our podcast about three years ago which showcased Lay-Far’s wide ranging love of music.

We also had the pleasure of catching his two sets at the Suncebeat festival in Croatia in 2013 and it could be argued that he stole the show and was definitely the most talk about artist at the festival. You need to catch this guy’s live dj set to experience his phenomenal skills.

Lay-Far’s “So Many Ways Album”

Lay-Far – is a Moscow-based DJ and producer. For the last 6 years he has been a driving force behind soulful and eclectic music scene in Russia. He managed to get the international recognition as a skillful DJ and selector, seamlessly bridging the gaps between deep, Detroit and soulful house, rare disco grooves, funk, jazz-tinged bangers, Brazilian music, afrobeat and delivering a unique sonic mixture to satisfy one’s body, mind and soul. The man has got the funk! No wonder he shared the decks with the likes of Detroit Swindle, Craig Smith, Karizma, Atjazz, Mark Pritchard, Dego from 4hero, Alex Barck, DJ Food, Kev Beadle, DJ Krush, DJ Cam, Seiji, Motor City Drum Ensemble, Mad Mats, Blockhead, Red Rack’Em, etc. at local and international music events and festivals, including the legendary Southport Weekender Festival (UK), SunceBeat Festival (Croatia) and others.