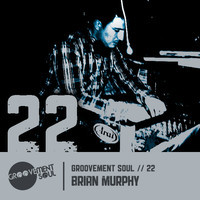 It was a hard decision picking the winning Irish mix but what swayed us towards Brian’s mix was it’s killer groove. You get the feeling it’s going to be a killer mix right from the start when he drops a sweet Jazz influenced Jad & The Ladyboy track. The mix progresses with solid cuts from some of our favourite producers including Thatmanmonkz, Osunlade and The Players Union whilst keeping the groove and the mixing smooth all the way through.

Bio
Brian has been DJ’ing for quite a few years now. It all started back in ’96 after first being bitten by the buzz surrounding the dance music scene in his native Dublin City, he has played at venues across Dublin, London, New York & and Italy.

He Hosted the Raw Elements Show for 2 years on PlayDublin.net, where his 2 hour sets featured quality cuts playing old and new while covering many genres including Deep House, Soulful House and Disco infused House.