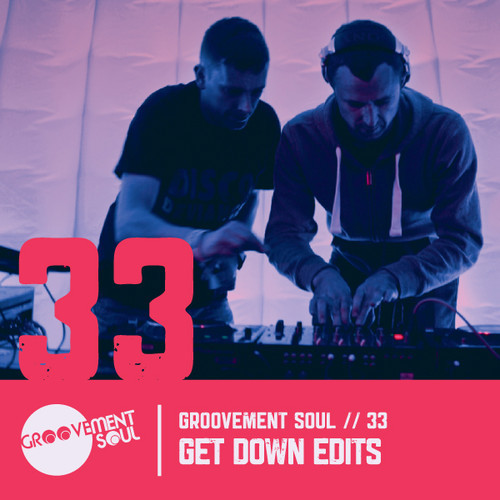 This one’s a treat, recorded live from their home town residency night in Shortts Terrace in Waterford, the Get Down Edits lads play a wide range of musical styles, tempos and you can really hear how comfortable they are with the crowd.

It’s inspiring to see how far Get Down Edits have come in the last few years since the first Herb Albert edit hit my inbox and the first time we had them as guest dj’s at one of our nights in Dublin to now where you are very likely to catch them djing in any European city most weekends.
Turn it up… d._.b

Get Down Edits Bio
Since the late 90’s Waterford born duo Daz and Martin have been tearing up dance floors across the country and further a field with their unique fusion of 70’s and 80’s funk and soul, Nu-Disco and their own disco edits; Get Down Edits: Vol 1-3. The two lads have bags of experience to match their talent and our guaranteed to get a party started as soon as the turntables are switched on. With a mammoth vinyl collection between the two of them you can expect to hear an eclectic mix of tracks every time they put together a set, making each one unmissable. The boys have gained praise from some of the biggest names in House such as Brooklyn stalwart Kerri Chandler, who was greatly impressed by the ‘Get Down Edits’ sound when he played alongside the pair a few years back. With ‘Get Down Edits: Vol 1-3’ all selling out it is clear to say that their productions are as tight as their sets. Get Down Edits have also released tracks on a range of other labels including Disco Deviance, Editorial, Midnite Riot, Glenview Records and Los Grandes. The Get Down Edits groove has been brought to festivals and gigs across Europe such as the Electric Elephant festival in Croatia, Disco Deviance in London and back to back dates in Budapest at the end of 2011. Daz and Martin have also brought some great international acts to our shores for their own successful club-night, ‘Get Down’ (Chez Damier, John Daly and Greg Wilson to name but three). 2012 has been a great year to date with gigs in Newcastle and in London at the House of Disco Warehouse Project, it also seen their most recent edit outing, Get Down Edits Vol:3, selling out on Juno within a few days of its release. The guys are already making plans for volume four which is sure to be jam packed with killer edits yet again. With support and respect from a host of top names in the business, and stellar edits with captivating live sets to back it up, the next few months could be the start of something huge for the lads.Get Down Edits Releases on Labels Disco Deviance,Editorial,Glenview Records,Los Grandes,Midnite Riot,Play Pal,File Under Disco,Editors Kutz And More

GET DOWN EDITS SOUNDCLOUD
@getdownedits

GET DOWN EDITS JUNO
www.juno.co.uk/artists/Get+Down+Edits/