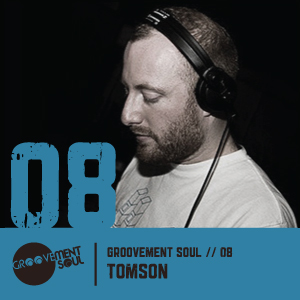 GS Podcast Episode 08 is brought to you courtesy of Tomson (Development Music, Manchester). Tomson will also be joining us on the 28th Jan 2012 to spin at our new monthly in The Grand Social Dublin.

Known predominantly for his long standing tenure as promoter, resident and label owner for the renowned Development collective in Manchester UK, Tom Lynch aka Tomson has crammed a lot into his 28 years to date. Having played alongside luminaries such as Masters at Work, Ron Trent, Lil’ Louis, Danny Krivit, Osunlade, Dixon, Larry Heard and many others, Tom has also helped spread the consistently de…ep Development Music sound with regular appearances around the UK’s best underground party spots as well as tours to foreign shores with gigs in Ibiza, Croatia, South Africa and more.

As a solo artist and alongside regular partner in crime Benedict, Tomson has remixed for artists such as Atjazz, Paris Brightledge, Ronnie Ron, Flowriders and Tone Control. A slew of original productions have followed with a debut single featuring the stunning vocals of Paul Randolph on Deepermotions Music, backed up by the much lauded ‘Rainy Things’ EP on London’s world-renowned Freerange Records. The latter received support and plays from artists ranging from Josh Wink and Laurent Garnier to Deetron and Paul Woolford, who featured the tracky Telepathy Dub on his Radio 1 Essential Mix.

Taking his influences in equal measure from soul and hip hop as deep house and techno, Tomson’s music comfortably morphs together inspirations old and new. This forward thinking sound has found it’s way onto labels such as Freerange, Tone Control, Deepermotions, NYSoul, Development Music and Pep Sounds; with 2011 releases scheduled on U.S. labels Kolour and Smooth Agent, as well as a return to Tone Control, Freerange and a debut on Huddtraxx.