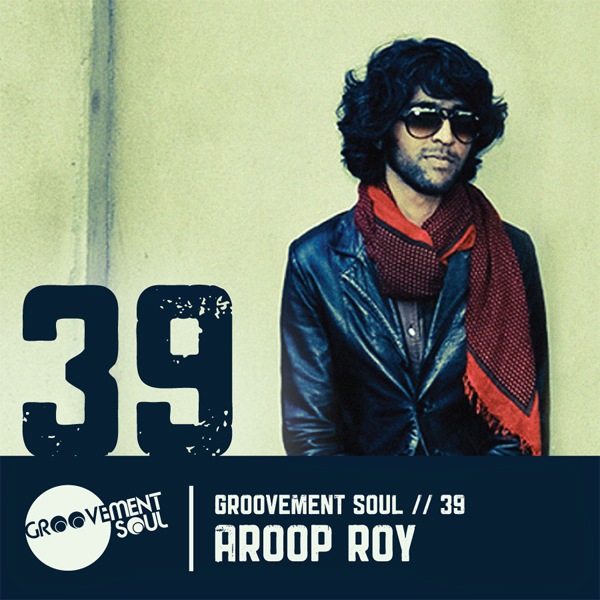 We are delighted to host this mix from Aroop Roy, one of our favourite artists for a long time now and it coincides nicely with the forthcoming release of his Brazil Breakdown pt.3 on Gamm records.
You’re always guaranteed high quality with Aroop’s releases, whether it’s a new Brazil Breakdown EP on Gamm, some remix/edit wizardry of Skyy on Basic fingers or some original productions.
Although well known for his remix/edit work, he has a lot of original productions in the pipeline too so watch this space.
Aroop said he wanted to give a nice taste of what he plays out usually, with some old and new and some big faves from the last year..

Brazil Breakdown pt.3
Back on Gamm ready for the summer.
Strictly limited 12″ Promotional vinyl only.
soundcloud.com/aroop-roy/sets/brazil-breakdown-pt-3

Feedback on Breakdown pt.3
Rainer Trueby – OMG!! How good is this??!
Gilles Peterson – Luverlee!! Especially Brilhantina..Summer Bigness!
Kev Beadle – Gonna be a big one for the summer

BIOG
Aroop Roy is a UK artist and producer with over 10 year’s experience taking his eclectic sounds around the world.
His music blends together the organic elements of jazz, afro, latin and funk with the deep electronic edge of house and techno. His productions have been supported worldwide by numerous tastemakers and DJs.
Aroop has released music on a variety of labels including Freestyle, Gamm, Basic Fingers, the Gym and My Best Friend. His recent Brazilian Breakdown series and Reworks EP have been hugely successfully with vinyl selling out and digital EPs topping the charts.
From tropical parties and jazz nights, to house and techno clubs, Aroop has DJ’d in 5 continents and had residencies in London, Geneva and Tokyo, where he played an important part in the underground scene with hugely popular and innovative club nights absolute!!, Exposure and Culture.
Other highlights include his highly acclaimed compilation CD absolute!! Sounds From Tokyo, and an invitation to do a guest mix on Gilles Peterson’s Worldwide radio show. He was also selected for the Red Bull Music Academy in Melbourne.