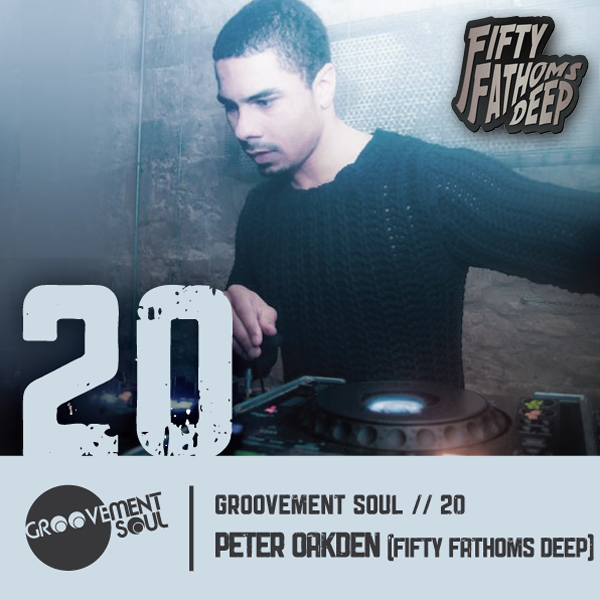 We are delighted to mark our 20th podcast with a knock out mix from one half of the duo behind the already highly respected UK based imprint, Fifty Fathoms Deep. The mix Peter has kindly put together for us gives you a proper feel for what the label is all about, with a definite sway towards the deep.

GET THE FULL TRACKLIST FOR THIS MIX ON SOUNDCLOUD

PETER OAKDEN
DJ, producer and label owner was described by Phil Asher as the “rising star” after his debut release with Restless Soul Music in early 2012. Peter then went on to turn the heads of Soul Clap, The Revenge, Ugly Drums, Gerd and Chicago Damn with his solo projects through out the year of 2012. His duo work as The True Rebels also began in 2012 on the much played “Work That Love” EP, which was a selected four track vinyl sampler on Development Music’s “This is Development” various artist album with Ethyl & Flori, Moodymanc, Zed Bias and Atjazz amongst others featuring on the album. Peter is currently working on his first album thats due to be released in the summer of 2014 but currently you’ll be able to hear him on labels like Restless Soul Music, Local Talk, Deeper Shades Of House, Misercord Germany and his own co-imprint Fifty Fathoms Deep which he recently launched with Craig Smith (6th Borough Project).

FIFTY FATHOMS DEEP
Fifty Fathoms Deep is an independent record label run by Craig Smith & Peter Oakden. Anticipation has certainly been building for the labels first year of releases in 2013. The direction, aim and format of the label is simple: to explore their musical tastes and release quality music from unknown and recognised artists alike.
You’ll likely be familiar with Craig’s work already, with numerous releases on Freerange sister label Delusions of Grandeur, but most notably his output with Grahame Clark as 6th Borough Project. With both his production and label affiliations, Craig became a household name in 2008/9 with his famed disco re-edits helping give rise to the midtempo deep house style that continues to tear up dancefloors around the globe.